To begin with let’s revisit some Facebook statistics because they are truly impressive.  Nearly one billion people use this social media website which makes it second only in popularity to Google.com.  In Canada over 50% of the population uses Facebook and other amazing statistics being pitched around the internet include the claim that half the Canadian population log onto Facebook at least once a day.  If you want a piece of the Facebook action to promote your business, then read on to learn more. 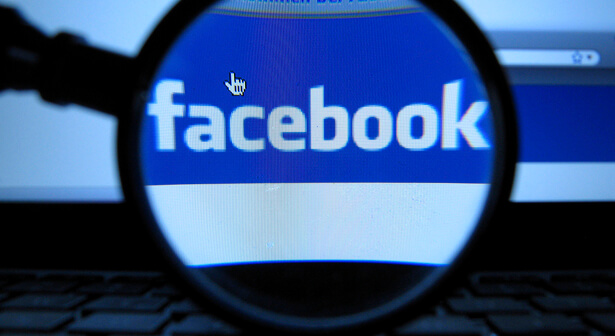 Facebook is so popular because it has been around for a while (since 2004) and it’s super easy to use.  By posting comments, photos and sharing links, your friends can see exactly what you are up to and how you are feeling on their own newsfeed.  Then your friends have three options – they can comment, they can ‘like’ by clicking the thumbs up sign, or they can share the post with others.  And so your news gets passed on time and time again to more and more people.  Of course if they are indifferent to your post they can choose not to take any action at all! 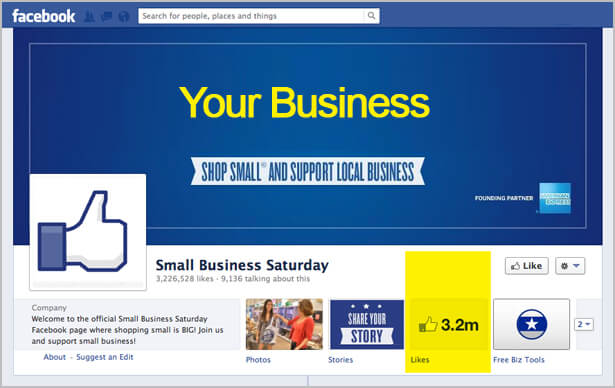 Businesses want to use this social media platform as part of the marketing arsenal to get information about their products and services in front of as many Facebook users as possible.  They create a company fan page where they can post comments, photos and links just like any individual would with the aim of increasing brand awareness by:

But although there are nearly one billion Facebook users, they aren’t all going to follow a company or share its posts.  They won’t just drift your way and start to ‘like’ you.  To successfully promote your business on Facebook you need a sensible strategy and time to implement it.  It’s all well and good posting a few snaps of your products, but you will only create a community of followers if you are regularly delivering high quality, interesting posts that stand out from the crowd.

In many instances businesses that are determined to create an effective Facebook presence hire a professional company to manage the posts on their behalf.  This is a far more efficient and effective approach because social media specialists know exactly what needs to be done, leaving the business owner to get on with the running of the company.  Let’s take a look at a successful case study to illustrate this point.

Comfort Tour is a well established and successful Canadian travel company that set up its Facebook profile on 17th April 2011.  They followed the well known best practices for Facebook business use such as: 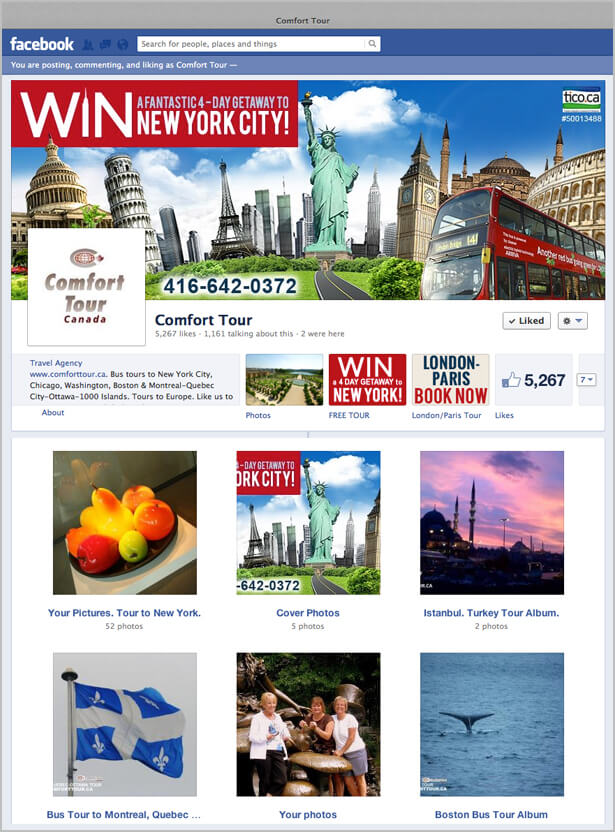 However their posts were few and far between and this is not a good strategy when trying to increase your Facebook presence.  To maintain an active fan base, company posts need to be frequent to keep interest maintained – some say one a day, others aim for two or three a week.  But regular, interesting and informative posts are a must or fans will drift away.

And then as the pièce de resistance, Comfort Tour and New Design Group decided to run with an absolutely unbeatable offer:  ‘Win a 4 Day Getaway to New York’.   This was launched on Facebook at the end of January as a post and also as the main profile page image.  And the Facebook user just needed to ‘like’ the post to be entered. 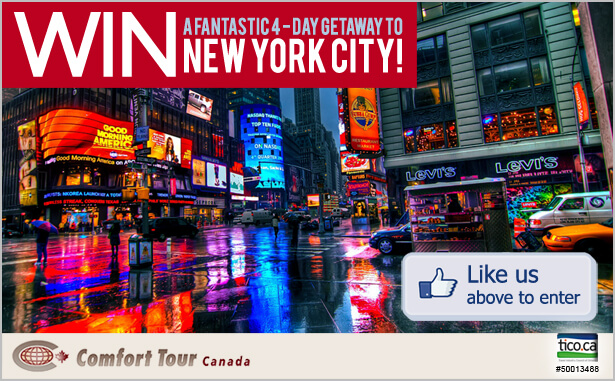 With this very proactive management of Facebook, Comfort Tour’s fan numbers exploded from 170 at the end of January 2013 to over 5000 by the end of March 2013.  And if 5000 fans are interacting with Comfort Tour’s posts and sharing them with friends, the visibility of this company is really on the up and up.

This interesting case study shows the real power of Facebook for business marketing when driven by a professional social media management company such as New Design Group.