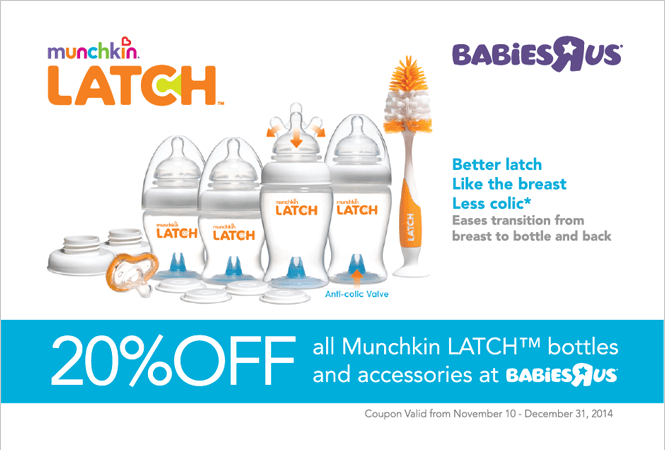 Munchkin is a manufacturer of baby products including pacifiers, potties, cups and bottles sold through retail stores such as Toys ‘R’ Us and Babies ‘R’ Us. In March 2014, Munchkin launched the Latch feeding bottle specially designed to mimic breastfeeding.

Unsurprising for such a large company, Munchkin has an in house graphic design department but needed the assistance of an external graphic design company for a rapid turnaround time on a new advert.  They approached New Design Group to create a branded advert in a very short time frame. 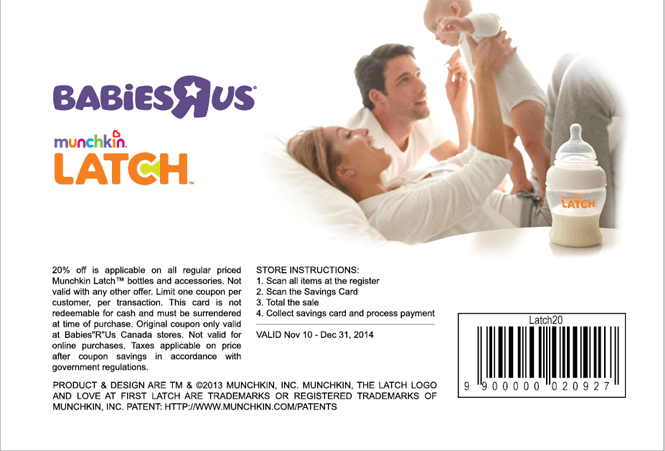 New Design Group produced the advert, which was for a promotion between Munchkin and Babies ‘R’ Us.  The final design clearly maintained the brand identity of both companies, and was consistent with other branded materials used to promote the Munchkin Latch bottle.

Munchkin were delighted with the result, with the professionalism of New Design Group and with the rapid turnaround time that they required.