If you think a well constructed advert with a beautiful image and carefully placed informative text is guaranteed to bring in more sales, think again.  Effective advertising campaigns call out to the viewer on a subconscious level – they appeal to gut instinct and emotions.

Back in the early 1900s, psychologists recognized that adverts that evoke an emotional response in the viewer are more likely to result in sales.  Since then, branding and advertising agencies always aspire to create eye–catching adverts which provoke positive reactions in the viewer: complete indifference to an advert is the stuff of nightmares as far as they are concerned.

In today’s society, the ad man has a harder job than ever.  Advertising on a daily basis bombards most people, whether on the TV, in newspapers or on the side of a taxi or coffee cup.  Your Average Joe has developed advert blindness:  he no longer takes notice of all the adverts that come into his field of vision because he simply doesn’t have the time or inclination to consciously process them all.

So nowadays an advert must firstly penetrate Average Joe’s advert blindness and also cause a positive emotional response – it needs to make the right subconscious impression.  There are several tips that can be employed to ensure that an advertising campaign appeals to the subconscious mind of the consumer.

As the saying goes, a picture says a thousand words.  Pictures will always generate stronger emotions in the viewer than words alone.  Pictures will be noticed before the brain has time to decipher any text.  And so it follows that the most successful adverts are bound to be those that are image led.

The most powerful image to evoke an emotional response in the viewer is that of the human face due to its ability to communicate non-verbally the many nuances of emotion.  A happy face smiling out from a magazine can raise a smile in the viewer; a picture of a frightened or sad face will result in empathy from the viewer.

The use of an ambiguous facial expression in an advert will reach out to the viewer’s subconscious mind.  The brain automatically compares facial images with a list of expressions it has seen before.  If it sees a smiling face, it instantly recognises that the person is happy.  But an ambiguous expression causes the brain to examine the image more thoughtfully.  Take the Mona Lisa for example:  how many hours have people spent over the decades trying to figure out what she’s thinking?

By using an ambiguous facial expression in a marketing campaign, viewers won’t be able to help themselves:  they will be subconsciously drawn to take a closer look at the advert.

Not for profit organizations need to have strong adverts, as they want to evoke an emotional response in the viewer that is sufficiently strong to result in a donation.  Studies have shown that the use of images of the sufferers is important to persuade people to give.  And people are far more likely to donate if the facial expression shows sadness or despair rather than if the sufferer seems happy or has a neutral expression. 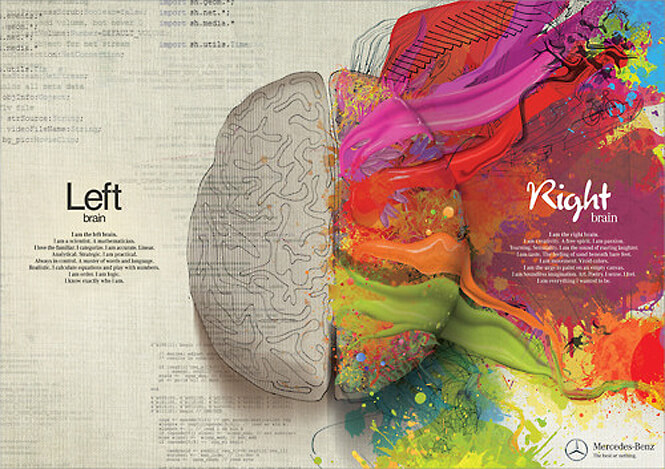 2) Images on the left

A company logo or main image should be placed on the left of an advert and the text on the right to reach out to the subconscious mind.  And here’s why.  The brain has a left and right hemisphere: the right, also called the creative side, is responsible for processing images and visual information; the left side is dominant in understanding language including the written word.

If you take a look at a selection of adverts or websites, you’ll notice that many have opted to use images or rectangles with rounded corners – not a sharp edge to be seen!  This is to make the design far more pleasing to the eye.  There are two schools of thought as to why the rounded corner is so very attractive:

a) evolution has taught mankind that sharp edged items can cut, cause pain and should be avoided at all costs. Hence parents know to take sharp items away from their children to prevent accidents, and children learn this from an early age.  Quite simply, people have an ingrained avoidance response when it comes to sharp items

b) our brains have to process everything seen by our eyes.  But rectangles with rounded corners take less cognitive effort than processing sharp edges
Whatever the rationale, it’s fair to say that designs that use rounded corners are going to appeal more to the subconscious mind than those with sharp edges. 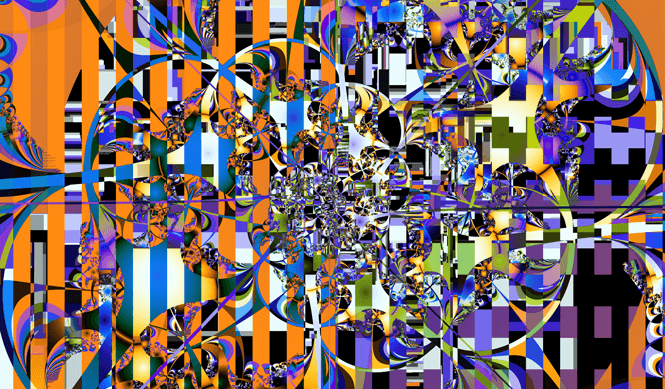 A word of advice about website advertising: however much you may wish to generate income from selling advertising space on your website, don’t overdo it.  Your website’s purpose is to sell your products and services to your visitors – you need a web design that appeals and evokes a positive response at the subconscious level if you want them to stay and browse.

However a website overloaded with flashing adverts will simply scream out to your visitors’ subconscious mind to get away quickly!  The first impression is one of chaos and at a fundamental level, chaos is indicative of danger.  And then all your efforts in choosing images with ambiguous facial expressions and employing frequent use of rounded corners will have been in vain, because visitors aren’t staying around to be persuaded by them.

If you are planning to run an advertising campaign on TV or via your YouTube channel, how long should the advert last?  In the good old days, 30-second TV adverts were the norm.  But today people have less patience and want to learn what the advert is promoting as soon as possible.  The internet and social media have resulted in people rapidly assessing whether what they are viewing is worth their while.  For there are plenty of other options available.

Trevor Beattie who was responsible for Wonderbra’s “Hello Boys” campaign in the UK has spoken out in favour of a 5 second TV commercial.  He believes that longer commercials result in the viewer simply switching off (metaphorically speaking).  Interestingly Instagram has introduced a video sharing option, with videos being a maximum of 15 seconds.  Perhaps further endorsement that a 30 second attention span is far too much to expect from today’s society.

When it comes to appealing to the subconscious mind via a video commercial, the main thrust must be to get your images and message across succinctly and quickly.  If you dawdle, the viewer won’t be engaged from the very beginning and your chance is lost – the remainder of the commercial will flash past their eyes without anything being registered consciously.

It’s definitely true that nowadays, more than ever before, advertising agencies have their work cut out to attract new customers via their advertising campaigns.  The best and most effective approach is to tap in to the fundamentals of human nature – the subconscious can be targeted by using a variety of techniques, and each one should be fully embraced to give the advertising campaign the very best chance of being noticed, being remembered positively, and being acted on.